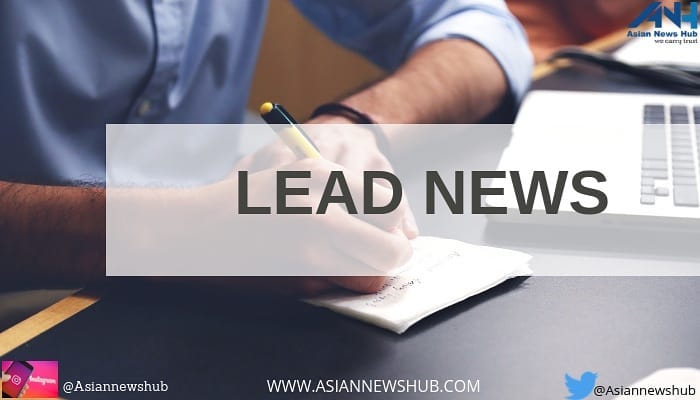 Jammu, Jan 06: Around 400 militants are currently in launching pads across the Line of Control (LoC), waiting to sneak into Jammu and Kashmir during the winters, after a tight anti-infiltration grid frustrated attempts by Pakistan to push them into the Indian side, according to security officials.

A top police official said that Pakistan is trying to infiltrate militants along the LoC in Jammu and Kashmir even during the winters when most of the passes and mountainous areas along the border are covered in heavy snow.

Rattled by the success of India’s anti-infiltration grid with the blocking of several key routes, the Pakistan Army carried out 5,100 ceasefire violations in 2020, the highest since the 2003 truce came into effect, in its attempt to push in more militants in Jammu and Kashmir under the cover of mortar shelling and firing, the officials said.

‘There are 300 to 415 militants in various launching pads in Pakistani Occupied Kashmir (PoK) along the LoC ready to infiltrate into Jammu and Kashmir to disturb peace and normalcy by engineering violence,’ an official said.

‘They are also using drones to ferry and drop weapons and explosive material into border areas in Jammu and Kashmir along with narcotics to finance terrorism,’ an official said.

This year, they are also trying to infiltrate terrorists into J-K even during the months of heavy snowfall.

‘In December last year, militants infiltrated into Poonch despite heavy snowfall but were neutralized,’ an official said.

A group of four JeM militants entered Samba via a tunnel and were neutralized after a truck carrying them to Kashmir was intercepted on the highway at Nagrota in Jammu in November last year, they said.

Weapons and explosives besides narcotics were being dropped at seven places along the borderline with Pakistan in 2020, the officials said.

Security agencies identified over 20 entry routes along the Indo-Pak border in Jammu and Kashmir and put in place multi-tier security to thwart any attempt by Pakistan to infiltrate armed militants.

‘Over 20 infiltration routes have been identified and the security grid has been strengthened to prevent the entry of armed militants,’ another official said.

Apart from the first-tier of security of the Army and the BSF, village defence committees (VDCs) along the LoC and the international border (IB) have been activated, police checkpoints have come up and patrolling done in the hinterland around the border, they said.

‘All police stations and police posts have also been alerted to keep a tab on suspected movement in the border areas apart from activation of VDCs in border belts,’ the official said.

The militants had infiltrated into the Valley in recent months using routes from higher reaches of Gulmarg, Bandipora and Boniyar in Baramulla (north Kashmir) to reach southern parts of the state via Yusmarg, like the tribal raiders from Pakistan.

Bandipora-Gangbal-Chatergul route, which had remained dormant over the years, was also being used by the militants this time, sources said.

The infiltration routes have been identified along the LoC and the IB in Kathua, Samba, Jammu, Rajouri, Poonch, Baramulla, Bandipora and Kupwara in districts, the sources said. (Agencies)

They said that the duo was near the stone quarry when several stones fell over them, resulting in their on-spot death.

The deceased duo has been identified as Hilal Ahmad and Zaffar Ahmad Gojri.

Confirming the incident, a police official told GNS that a police team was on spot to collect more details. 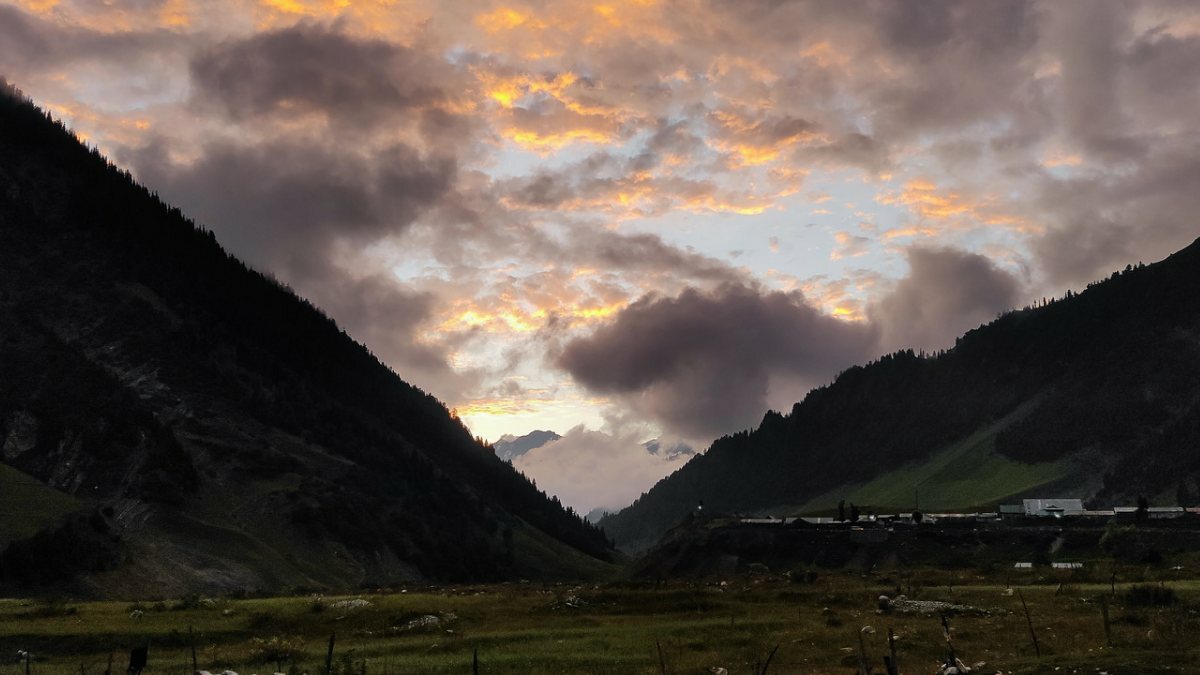 Srinagar, Aug 09: Weatherman has forecasted mainly dry weather with possibility of isolated light rain and thunderstorm over Jammu and Kashmir in next 24 hours.

Also Read: Youm-e-Ashura | Restrictions will be on some traffic routes of Sgr due to huge gathering in rallies: Sgr Police

A meteorological department official here said that in the last 24 hours till 0830 hours, Bhaderwah received 8.1 mm of rain followed Pahalgam with 5.6 mm, Gulmarg 2.8 mm while Srinagar had traces of it.

Regarding minimum temperature, he said, there was increase in mercury at most places in Kashmir and Jammu division.

Srinagar, he said, recorded a low of 20.3°C against 19.8°C on the previous night. The temperature was 1.7°C above normal during this time of the year for the summer capital.

Qazigund recorded a low of 17.7°C against 19.0°C on the previous night. The temperature was 1.2°C above normal there, he told GNS.

Also Read: LG remembers sacrifice of the martyrs of Karbala on the eve of Ashura

In Pahalgam, the mercury settled at 16.0°C against 15.8°C on the previous night and it was 3.0°C above normal for the south Kashmir resort.

World famous Gulmarg resort recorded a low of 11.0°C against 10.2°C on the previous night. However it was 1.1°C ‘below’ normal for the north Kashmir place.

Kupwara town saw a low of 17.6°C same as recorded on previous night and it was 0.3°C above normal for the place during this time of the season, the official told Global News Service. 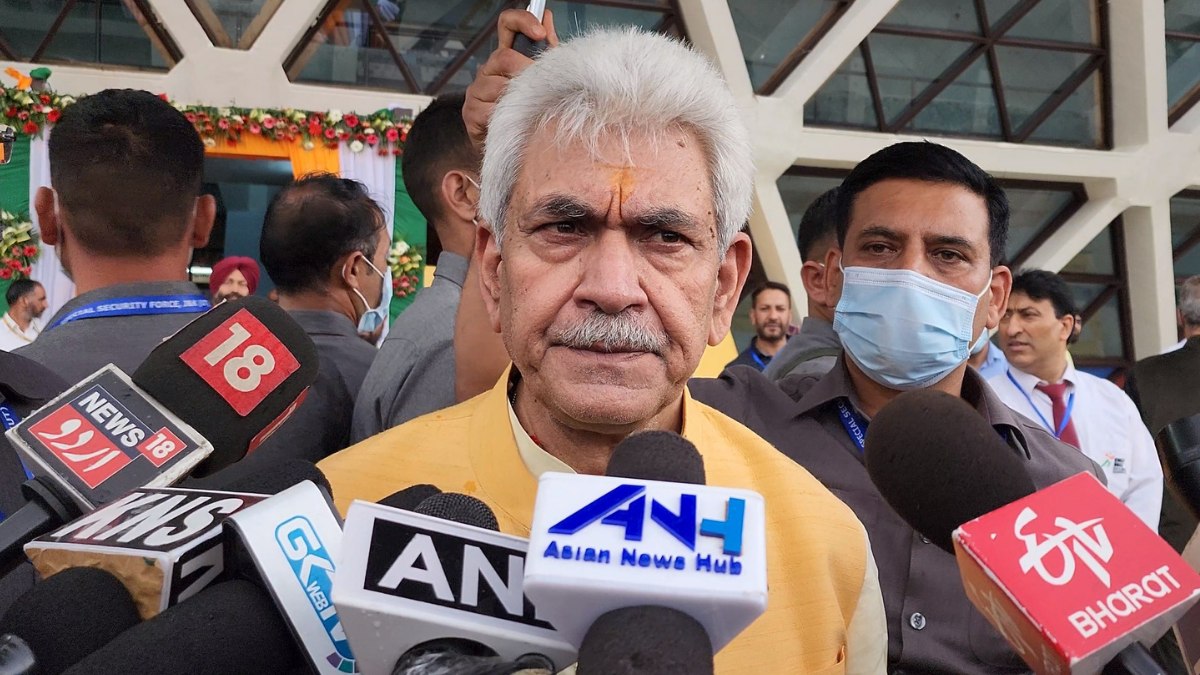 Srinagar, Aug 08: Lieutenant Governor, Manoj Sinha remembered the sacrifice of the martyrs of Karbala on the eve of Ashura, the 10th day of Muharram.

Also Read: Youm-e-Ashura | Restrictions will be on some traffic routes of Sgr due to huge gathering in rallies: Sgr Police

In his message, the Lt Governor said, martyrdom of Hazrat Imam Hussain (AS) and his companions has guided the humanity to strive for justice, values and righteousness.

The Lt Governor prayed for peace and prosperity in J&K, and urged the people to be kind, compassionate and work for the needy and underprivileged.